DUP chiefs have requested a meeting with Justice Minister David Ford over a taxpayers’ compo payout to a murdered Real IRA man.

Unionists are furious that a criminal injuries panel has awarded relatives of Kieran Doherty £5,500 over his death

He was murdered by the Real IRA in February 2010 and his naked body dumped by the roadside in Londonderry.

MI5 and the PSNI claimed at a panel hearing that Doherty was a senior figure in the Real IRA who was involved in drug dealing.

However, his family said the security evidence didn’t stand up to scrutiny at the hearing which awarded his mother and grandmother a “substantial” amount in compensation

In a DUP statement, Diane Dodds said: “There is no equivalence between a terrorist and an innocent victim.

“That is why the DUP opposes the current 2006 definition of a victim and my colleagues in Parliament are seeking to amend it.

“The Compensation Services has blurred the line between ‘victim’ and ‘terrorist’ by awarding compensation to the family of Real IRA man Kieran Doherty.

“The DUP opposes this, especially in circumstances where innocent victims are struggling to gain access to funding.

“I have represented many innocent victims who lost a partner through terrorism and now struggle, as single parents, to afford their children’s university tuition yet they have a hard-fight to get any support.

“These families find it very difficult to understand how someone like Doherty can get compensation of the magnitude suggested.”

DUP MLA Arlene Foster said in a statement: “Whilst David Ford is unable to discuss the particulars of this case, it important that he is fully aware of the views of the community and that he takes steps to ensure that dangerous precedents are not set. 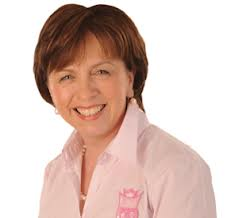 “We will be pressing the Minister about what action he is taking to ensure that perpetrators of terrorist acts do not qualify for compensation. There should be no equivalence between the terrorist and their victim.

“Paragraph 14(1)(e) of the 2009 Scheme states that the individual’s character is taken into consideration before any payment would be made.

“Indeed, the rationale is very simple in that someone with criminal convictions will have already cost society prior to their death or injury through their behaviour as well as their court and prison costs.

“Rather than a terrorist conviction reducing their payment it should disqualify them.

“This debate must never descend to an argument about how much a life is worth, this is not a discussion about who receives the most money. No price can be put on the loss incurred in too many families.

“This is a debate about why a man who was a terrorist qualifies for compensation from a scheme put in place for victims whilst many innocent victims of crime and terrorism are struggling to get adequate help and assistance.”