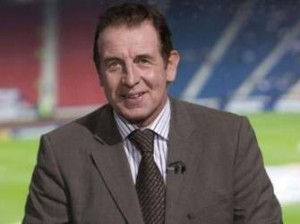 It’s part of a new Northern Ireland Tourist Board (NITB) campaign inviting everyone to take a trip down memory lane.

The RediscoverNI campaign is aimed at encouraging people to holiday at home this summer.

And it is asking everyone to record the memories of their childhood holidays in Northern Ireland online.

“I absolutely loved it,” he said of the holiday. “I was never out of the water and remember having great fun with all the family on the beach.” he added.

Dame Mary Peters said her first holiday to Northern Ireland was a visit to Belfast from Liverpool where she used to live.

“My father was working in Belfast in 1949 and I have a lovely memory of waking early on the ferry to watch the ship sail up Belfast Lough and seeing it dock,” she said.

“I loved travelling on the trolley buses and visiting the zoo. I remember having my first milkshake in the Ulster Milk Bar and also having lunch at Woolworth’s cafeteria – I didn’t know at that time we would be coming to live in Northern Ireland,” added Mary.

Musician Shauna Tohill aka Silhouette also recalled her favourite memory as a child which was “being taken to Portstewart beach on a summer’s day and body boarding the time away followed by lovely ice cream from the vans nearby and then wandering around the sand dunes – it was an amazing time,” she said.

Rediscover NI takes the form of a survey on childhood holiday memories amongst adults and has been launched with the aim of demonstrating how much Northern Ireland has changed over the past 50 years by encouraging people to revisit where they holidayed as a child.

Anyone that records their memories will be in with the chance of winning a short break in Northern Ireland.

So if you danced the night away at the Arcadia in Portrush in the 60s, took a rowing boat out in Bangor bay in the 70s or braved the Slippery Dip in Newcastle in the 80s, NITB is calling on you to record your memories on its website.

Pauline Gormley, Destination PR Officer of NITB, said: “People have fond memories of their family holidays in Northern Ireland, whether they reminisce about the Morellis ice cream they enjoyed walking along the Portstewart promenade, following in the footsteps of Giants at the Causeway or coming face to face with marine life on the shores of Strangford Lough, at Exploris Aquarium in Portaferry.

“Whatever your memory is, we would like to hear it and people should enter by Friday August 30 to be in with the chance of winning a short break in Northern Ireland to rediscover your childhood holiday with your family today,” she added.

To enter Rediscover NI visit www.discovernorthernireland.com/rediscoverni or search ‘rediscover ni’ to share your memories and photos by Friday August 30th.

A short break in Northern Ireland starts from only £49 per room.

To book a short break and find out more about Northern Ireland’s world-class attractions visit discovernorthernireland.com.