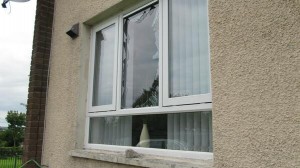 The smashed window of a Protestant family’s home in Kells Avenue, west Belfast

A PROTESTANT family has quit its west Belfast home following a sectarian attack at the weekend.

The couple and their young children decided to move out after their home was targeted in the early hours of Sunday morning – the second attack in two months.

The PSNI has now launched an investigation into the hate crime attack. 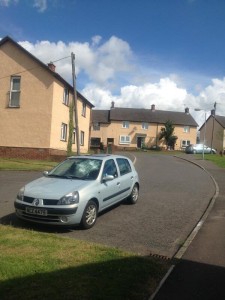