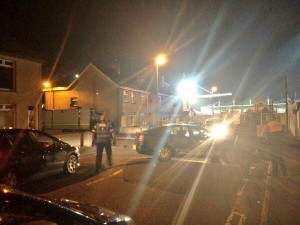 A SECURITY alert in Ballymen on Friday night has now ended.

POLICE were called to the scene of a stock car racing event at the Ballymena Showgrounds.

Officers were alerted following the discovery of a suspicious package.

Up to 700 people who were in the stadium for the stock car event had to be evacauated.

Army Technical Officers were called to the scene to examine the package.

They have declared the area safe.

Motorists who were attending his evening’s stock car racing event have now been allowed back to remove their cars.