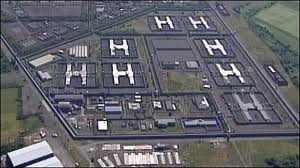 DUP leader Peter Robinson has had do a embarrasing political U-turn over the citing of a peace centre at the former Maze prison.

The First Minister said it would be wrong to proceed with the Maze peace centre in the absence of a consensus about how it will operate.

His decision is said to follow internal and external anger at plans following the recent Castlederg IRA parade to commemorate two republicans killed by their own bomb while on their way to blow up the Co Tyrone village.

Despite the plea from victims of IRA atrocities, organisers went ahead with the parade.

The peace centre is opposed by the UUP, the TUV, UKIP and the Orange Order.

They have set up a ‘Raze The Maze’ online petition which has already gathered over 10,000 signatures.

Robinson’s volte face on the Maze will now put extra pressure on the joint DUP/Sinn Fein administration at Stormont.

In a letter to DUP MPs and MLAs, Mr Robinson said there must be a change of attitude by Sinn Féin, especially towards victims of the IRA.

The peace centre was part of a £300m site redevelopment, but the DUP had been criticised for supporting it.

The party has come under growing pressure from other unionist parties, some IRA victims groups and the Orange Order.

In his letter, Mr Robinson rounded on his political critics accusing them of shifting position on the Maze and arguing that the economic development of the site was vital. 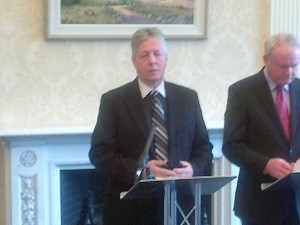 But, he also blamed Sinn Féin for undermining community relations by what he called their insensitive attitude towards IRA victims.

Mr Robinson ruled out any public use of the retained buildings – the one existing H block, where paramilitaries were held – and the hospital where Bobby Sands and other republican hunger strikers died.

He also said the prospects for building any peace centre at the site near Lisburn must be linked to building a far wider consensus, not just support from within the DUP.

“He pens a letter telling how he is standing up to the TUV and UUP, yet what he is actually doing is following the agenda they have set for him,” he said.

“He talks about building a consensus at the same time as he talks up a veto. It is a nonsensical position.”

“Despite all the diversionary talk from Peter Robinson about the changing stance of others, his Maze u-turn is seismic, but none the less welcome for that,” he said.

“The logic of Mr Robinson’s analysis of how Sinn Fein is still wedded to justifying terror, leads to the obvious question of why he still sustains them in government?”

“I welcome the fact Peter Robinson has finally seen sense,” he said.

“This is a victory for innocent victims, who made their voices heard and it was an honour for the Ulster Unionist Party to represent their views.” 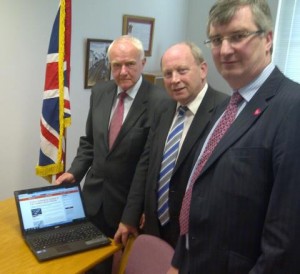 Architects have been employed and European funding is in place, however, the peace centre could yet fall foul of a political logjam.

Over the years, the scheme to redevelop the former prison site has been controversial.

Ten men died on hunger strike in the Maze in 1981, as part of a campaign by republicans to secure political prisoner status. The jail closed in 2000.

The prison hospital, where many of the hunger strikers died, was among parts of the jail that were retained when the site was cleared for redevelopment.

A watch tower and one H Block were also retained and planning permission for the new peace centre, close to the retained structures, was granted in April.

It has been designed by the Polish American architect Daniel Libeskind, renowned for his role on the site of New York’s Ground Zero.

DUP leader Mr Robinson had previously rejected claims that the centre would become a shrine to terrorism, while Sinn Féin’s Martin McGuinness said it would be a “shrine to peace”.


One Response to ROBINSON’S U-TURN OVER MAZE PEACE SITE