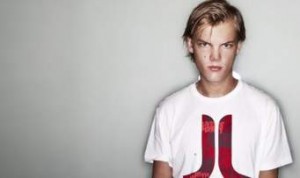 IS AVICII out of this week’s Tennent’s Vital festival?

According to reports on social media, the Swedish house producer has stunned fans across Europe by announcing that he is to cancel the remainder of his summer schedule for August and September.

This is expected to include Tennent’s Vital this Friday where is he the headline act at Boucher Playing Fields, Creamfields UK and Ushuaia Ibiza.

He has also stated that he will be taking an extended break from social networking sites Facebook, Twitter and Myspace.

Avicii – real name Tim Bergling – made an official press release on Wednesday morning through his Facebook page about his future plans over August and September.

It read, “I am sorry to announce that I will not be playing any of the shows I have scheduled for August and September. I am also going to be closing all social media profiles with immediate effect.

“I would like to take this opportunity to apologise to all of my fans and to promoters who will be let down by this news.”

Avicii then went on to blame a spate of spoilers for the eagerly awaited, latest episode of TV show Breaking Bad as the reason for his decision.

“You people know who you are, I can’t believe you could be so inconsiderate. I am a very busy man and I rarely get to watch my favourite shows as they are being aired.

“I feel I have been left with no other choice but to cut myself off from all aspects of society until the show has finished.”

Avicii was said to be raging after returning to his hotel room in Italy to watch the show on Monday evening, where he caused a massive disruption to other guests, after inadvertently reading a spoiler on his Facebook news feed.

According to website Wunderground, Andrea Silvestri, who was also staying at the hotel described the incident.

“I was sitting in my room when it started. First there was a scream and some smashing noises.

“I’d never even heard most of them before. I’m just glad my children weren’t with me,’ added Mr Silvestri.

Unconfirmed reports from Stockholm on Wednesday afternoon say that Avicii was seen buying a large amount of baked beans, pop tarts and a subscription to Nuts magazine before returning to his penthouse apartment.

It is claimed he will stay here for the next two months.