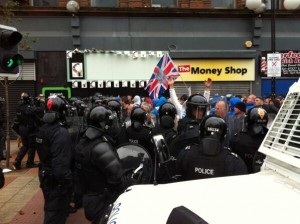 A SENIOR PSNI chief has said loyalist protestors opposed to a republican parade in Belfast city centre on Friday evening were intent on violence.

A total of 56 police officers were injured during the trouble in Belfast city centre.