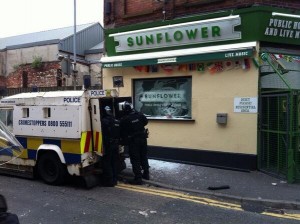 POLICE have re-routed a republican anti-internment parade after loyalists blocked a main thoroughfare through Belfast city centre on Friday night. 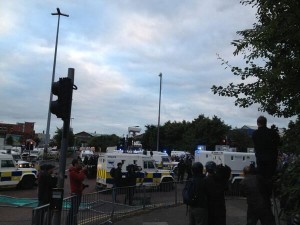 A republican parade also set off from Divis Street to head into the centre to meet up with the other republican marchers.

Three police officers, including one female, have been injured and taken to hospital for treatment.

The female police officer had to be treated at the scene by a member of the public while being shield by riot cops. 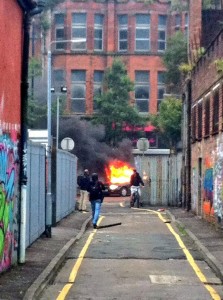