AT LAST….IRA ADMIT IT SHOT AND KILLED PRISON OFFICER IN REPUBLIC 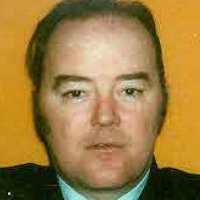 THE Provisional IRA has finally admitted what everyone knew – it shot and killed the only prison officer to be murdered in the Republic.

But it has taken 30 long years for the IRA to confess to its role in the cowardly attack on family man Brian Stack as he waled through Dublin.

The family of the former Portlaoise chief prison officer had mounted a long campaign to get an admission from the IRA about its involvement.

Mr Stack was attacked and shot as he crossed a busy Dublin street after leaving a boxing contest at the National Stadium.

Despite three separate Garda investigations, the killers or the IRA chief who ordered the murder have never been brought to justice.

Mr Adams said he accompanied the two brothers to a meeting with a former IRA commander, who admitted the IRA shot their father in the back of the neck on 25 March, 1983.

In a statement, the commander said Mr Stack was murdered as a reaction to the “brutal” prison regime in Portlaoise.

He said the killing had not been authorised by the IRA leadership and this was why the IRA denied any involvement.

The statement continued: “Some years later, when the Army Council discovered that its volunteers had shot Prison Officer Brian Stack, the volunteer responsible for the instruction was disciplined”.

However, the IRA will not be handing over to the Garda the names of those who ordered and carried out the murder.

On Friday, Mr Adams said: “I want to pay tribute to the Stack family, to Sheila Stack and her sons, Austin, Kieran and Oliver.

“On behalf of Sinn Féin I extend my regret at the killing of Brian.

“I hope that these recent developments will help them achieve the closure they have sought for 30 years.”

Brian Stack was left paralysed and brain-damaged from the shooting and suffered for a further 18 months before dying from his injuries at the age of 47.

This is the full statement of the IRA leader to the family of murdered prison officer Brian Stack:

“I want to acknowledge that the IRA was responsible for the death of your father. “I regret that it has taken so long to clarify this matter for you.

“This was a secret guerrilla army. It kept no records of its military operations.

“During the 30 years of war activists were killed, many thousands were imprisoned and leaderships at all levels were constantly changing.

“Reliable information is therefore not readily available and sometimes not available at all.

“The IRA did have rules and regulations, including a rule which prohibited any military action against Irish state forces. Regrettably at times these rules were breached.

“Between the 1970s and 80s there were prison struggles in Britain, the north (of Ireland) and south (of Ireland). The prisoners resisted these harsh regimes.

“In Portlaoise a brutal prison regime saw prisoners and their families suffer greatly. “This is the context in which IRA volunteers shot your father.

“This action was not authorised by the IRA leadership and for this reason the IRA denied any involvement.

“Some years later, when the Army Council discovered that its volunteers has shot Prison Officer Brian Stack, the volunteer responsible for the instruction was disciplined.

“Those who carried out the attack were IRA volunteers acting under orders.

“The IRA was responsible for your father’s death.

“This operation should not have taken place.

“While the IRA can no longer comment on this matter let me express my sorrow for the pain and hurt your family suffered.” – See more at: