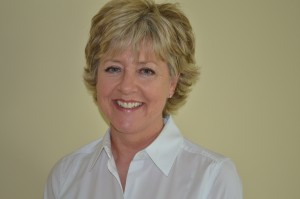 FIRSTSOURCE Solutions, one of Northern Ireland’s largest employers, has reported an increase in quarterly revenues of $ 129 million.

The results follow a successful period for the company, with significant contract wins with financial services companies, partnerships with City of Culture and top accolades including top Employer of Choice at the Business in the Community Awards.

Rajesh Subramaniam, Managing Director & Chief Executive Officer of Firstsource Solutions said: “Our focus continues to be on disciplined growth and consistent margin expansion. The awards won this quarter are a testament of our commitment to Customer Service Excellence and being an Employer of Choice in the delivery markets.”

Stephanie joins Firstsource from Teleperformance, where she held the positions of Chief Operating Officer, EMEA and EVP, Strategic Client Management.

Prior to this, Stephanie was Managing Director at TSYS Managed Services, a global payment company.

She has previously also been with Convergys, where she spent 14 years in various roles including VP of Client Services International, VP of Operations EMEA, and General Manager UK and its offshore centres.

Stephanie added: “I’m delighted to join Firstsource. The company has a strong presence in the UK & Ireland.

“Firstsource has a well established reputation for customer excellence and a roadmap of new products to differentiate itself in the marketplace. I look forward to being part of the company’s future.”

Firstsource is one of the leading contact centre providers in the UK, offering a range of customer-facing services for leading brands in the telecom, media, banking & finance and healthcare industries.

Rest of World, including India.

• Key business highlights during the quarter:

• Sanjiv Goenka, Chairman of RP-Sanjiv Goenka Group and of Firstsource Solutions, received the 2013 Indian Business Leader of the Year Award at the Global India Business Conference in Belfast, Northern Ireland.

• Firstsource has been ranked #24 by The International Association of Outsourcing

Awards held in Texas, US, for the “Best Business Process” category in partnership with UK mobile phone company giffgaff;