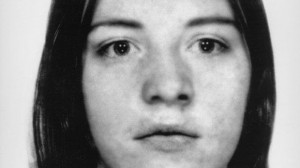 ‘WAKING The Dead’ detectives have re-opened a investigation file into the murder of a teenage girl 40 years ago.

It follows a review of the case by the Historical Enquiries Team.

Marian Beattie, who lived in Portadown, was last seen leaving a charity dance at Hadden’s Garage in Aughnacloy with an unknown young man at 1am on Friday 30 March 1973.

Her partially clothed body was found at the bottom of nearby Hadden’s Quarry, between Aughnacloy and Ballygawley, five hours later.

Officers from the PSNI’s Serious Crime Branch have received the papers recently from the HET.

Detective Inspector Peter Montgomery said: “Marian was an ordinary girl who went to a charity dance and ended up dead.

“Her family deserve answers to questions which never go away. I believe there is a man, and possibly other people, who know what happened that night.

“We believe Marian and a man left the dance at Hadden’s Garage and went to the nearby car park at the top of Hadden’s Quarry about 400 yards away which was frequented by courting couples.

“Something happened there but we have no evidence to suggest Marian was sexually assaulted. Her body was found early the next morning at the bottom of the quarry which is between 80-100ft below the car park.”

Police said Marian had gone to the charity dance because her brother played in the band.

A man was previously arrested and questioned as part of the original investigation into her death, but no one was charged.

DI Montgomery added: “I appreciate this happened a long time ago but we would like to talk to anyone who was at the dance at Hadden’s Garage on the night of Friday 30 March 1973.

“Marian went there with a girlfriend to listen to her brother’s band but who was she dancing with and talking to? Did you see her leave Hadden’s Garage? Did you see her at the car park at Hadden’s Quarry sometime after 1.15am on the Saturday morning?

“In addition, do you remember someone coming home from that dance in a distressed or dishevelled state, with perhaps dust or dirt on their clothes?

“Or has anyone ever talked about the events of that night? If you can help us to answer any of these questions, we need to talk to you.”

Or alternatively it can be passed anonymously through Crimestoppers on 0800 555 111.