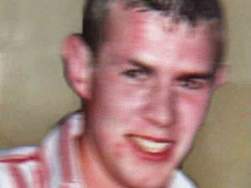 DETECTIVES in the Republic have arrested a man over the murder of Paul Quinn six years ago.

The 21-year-old was beaten to death by an IRA gang after being lured to farm buildings near Castleblayney, Co Monaghan.

The man who was arrested is understood to be in his early 20s was detained in Dromad, County Louth on Sunday morning.

He is being held at Carrickmacross Garda Station under section 30 of the Offences Against The State Act.

Mr Quinn was from Cullyhanna in south Armagh.

His family blamed the IRA for his brutal murder.


One Response to FRESH ARREST OVER PAUL QUINN MURDER