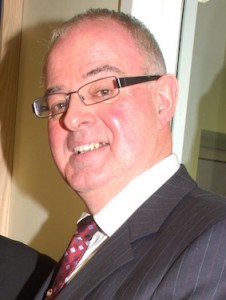 THE Mayor of Letterkenny has said he is shocked by the news of the death of two young men in Donegal early on Saturday.

Cllr Blake said he knows one of the family personally and has already been to visit them at their home.

The crash happened on the Rathmullan to Portsalon road at around 3.10am on Saturday.

A gardaí statement said that the vehicle struck a tree and then a wall at Kinnegar Bridge.

All four are thought to be in their late teens or early 20s.

“The deceased were pronounced dead at the scene and the injured were airlifted to Altnagelvin Hospital,” the statement continued.

The road is closed for forensic collision investigation and diversions are in place.

Gardaí are appealing for witnesses or anyone who was on the Rathmullan to Portsalon Road between 2.30am and 3.30am to contact them.

Letterkenny Mayor Pascal Blake told Belfast Daily: “Once again we are waking to horrific news of carnage on our roads.

“I know one of the families personally and I have been to visit them at their home in the Ballymacool area and they are understandably just devastated.

“It has been a tough week for Letterkenny with the devastation to our hospital but this puts everything into perspective.

“Our thoughts and prayers are with the family of these two young men and the other two men injured in the crash,” he added.