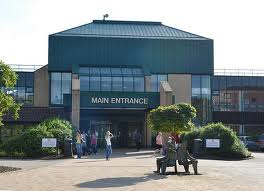 Man charged over burglary from a hospital in Antrim

POLICE have charged a man over a hospital burglary.

The theft happened at Steeple Road in Antrim in June.

In addition, the 23-year-old has also been charged over a theft at a house at Andraid Close in Antrim the same month.

He is due to appear before Antrim Magistrates’ Court on Wednesday, August 28.