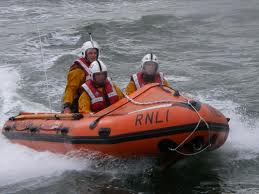 A RESCUE operation was launched on Wednesday evening to pluck 16 people to safety from rough sea waters.

Some of those on board the canoes were as young as 14.

They got into difficult when bad weather set in while out on Lough Neagh.

The Northern Ireland Ambulance Service said: “We have have taken 9 children 1 adult to Antrim Hospital after incident on Lough Neagh with slight exposure.

“They were brought ashore by the Coastguard.”

A spokesman for Lough Neagh Rescue said a lifeboat was used to rescue the teenagers and adults in rough conditions.

It is understood some of them have been taken to hospital and others have been treated at the scene for hypothermia.

They were brought to Battery Harbour outside Coagh near Cookstown, in Co Tyrone.