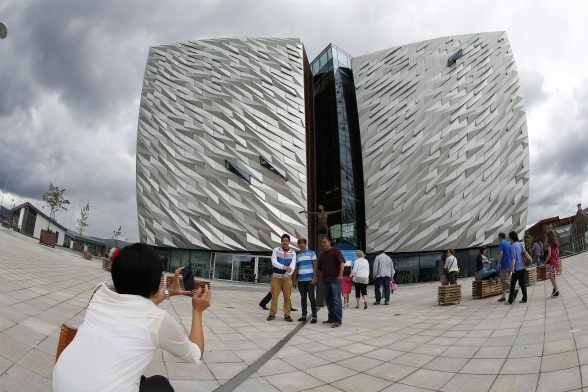 CiaraÕs family ticket – purchased as part of a day-trip to Belfast with husband John and children Nicole (16) and Aaron (12) – was the milestone one-millionth booked for a tour of Titanic Belfast, The WorldÕs Largest Titanic Visitor Experience located at the birthplace of Titanic in Belfast, Northern Ireland.

Members of the public at Titanic Belfast.