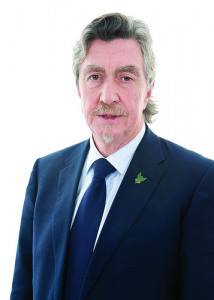 A STORMONT MLA has hit out at the decision by the High Court in London which ruled that the bedroom tax did not unlawfully discriminate against people with disabilities.

Sinn Féin’s Welfare spokesperson Mickey Brady said any attempt now to introduce the tax through the Assembly would be blocked by his party.

“The bedroom tax is causing widespread problems across Britain hitting the most vulnerable hardest,” he said.

“And today’s decision by the High Court in London is a devastating low to people with disabilities and campaigners.

“Sinn Féin have consistently opposed this Tory welfare reform agenda as it is an attack on the poor dressed up as reform.

“At this years Sinn Féin Ard Fheis Martin McGuinness clearly stated that if the bedroom tax is brought before the Assembly Sinn Féin will move to block it’s introduction in the North.

“Today’s High Court decision has ruled that the Bedroom tax isn’t unlawful however it most certainly is immoral when we see the impact it’s having particularly on people with disabilities.

“I note that the High Court Judges were critical of the British coalition governments approach saying that not enough had been done to provide for disabled children during this process.

“It’s even more important now in light of this judgement that the Assembly moves to protect the most vulnerable in the community against the Bedroom tax.”