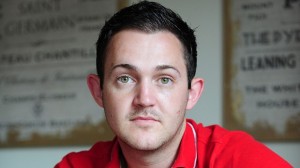 Gavin Connolly wins over £15,000 in compensation for a religious discrimination case

A worker has been awarded more than £15,000 in damages for the religious discrimination he suffered while working at a Newtownabbey printing firm.

A fair employment tribunal found that the printing and merchandising firm Oakdene Services unlawfully discriminated against former salesman Gavin Connolly, from Belfast, on grounds of religious belief and constructively and unfairly dismissed him.

He brought the case, assisted by the Equality Commission, against his employers Dermot McMullan and Pauline McMullan, who were members of the Brethren community.

The 30-year-old Newtownabbey man joined Oakdene Services in August 2010 and worked in sales and marketing.

Throughout his employment he believed that employees who were members of the Brethren community were treated more favourably.

Then in June 2012, he was shocked to be told that he had been selected for possible redundancy and, following an unsuccessful grievance procedure and a period of sick leave, he resigned his post in August 2012.

We were left with the clear impression from the respondent’s witnesses that they saw it as desirable and preferable to be Brethren and, by implication, undesirable not to be Brethren.

The tribunal held that Mr Connolly’s selection for redundancy in June 2012 was an act of religious discrimination and also that that decision, together with the way his grievance procedure was handled, amounted to constructive and unfair dismissal.

The tribunal also held that during his employment Mr Connolly had been subjected to religious discrimination through Brethren employees being given better treatment in the provision of “tangible” benefits such as company cars, pay rises and mobile phones; and also through “intangible” issues such as Brethren employees going on separate lunch breaks, having out-of hours meetings on company premises and receiving motivational emails not sent to other staff.

In reaching their decision the tribunal said: “It is clear to us that there was very much a culture of ‘sheep and goats’.”

Speaking after the tribunal’s decision, Mr Connolly said: “I’m just glad the process is over and I can get on with my life. It has been a very stressful time but ultimately what matters to me is the recognition that I was treated unfairly at work.

“They have stated that my treatment and my selection for redundancy was religious discrimination.

“No-one should experience the distress and hurt of unfair treatment because of differences in religious beliefs. I would not have had the funds or the knowledge to take my case to tribunal without the Equality Commission, and I’m grateful to them for advice and support.”

Anne McKernan, Director of Legal Services in the Equality Commission, said: “This case does not challenge the right of anyone, employer or employee, to hold any religious belief.

“It does, however, emphasise how important it is for employers to ensure that no employee should feel that people who share a particular religious belief are favoured above others in the workplace; or that they themselves are being in any way excluded because they do not subscribe to that belief.”