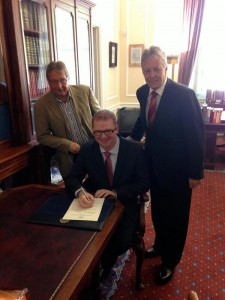 It is the second reshuffle within the Executive over the past few weeks.