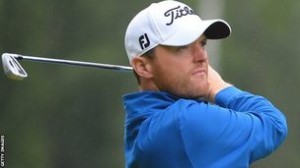 The 34-year-old, who was five clear going into the final round, carded a two-under-par 70 near Moscow to finish on 16 under.

Hoey’s advantage was reduced to two shots on the back nine but a birdie at the 17th saw him ease to victory.