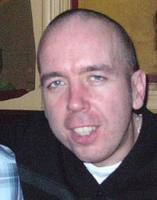 A 48-year-old man arrested over the dissident republican murder of a drug dealer four years ago has been released on bail.

It is believed the murder was carried out by dissident group Republican Action Against Drugs (RAAD) which was made up of former members of the Provisional IRA.

The suspect was arrested in Dungiven on Monday and taken to the Serious Crime Suite at Antrim police station.

He was questioned about a shooting incident in Feeny in 2004 when a shotgun was fired at a house.

The arrested man was released on bail pending the outcome of forensic tests on a number of items seized during searches conducted in the Dungiven area on Monday.