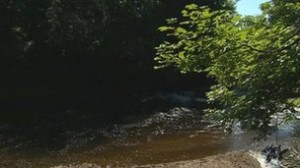 THE funeral has taken place on Monday of a teenager who drowned last week in the River Roe.

A service was held for Steven Mitchell in Doagh, Co Antrim.

The 15-year-old died after falling into the River Roe in Limavady after he went into retrieve a ball from the waters.

The emergency services were called to the Roe Valley Country Park in Limavady around 4.30 pm on Thursday,  July 18.

Steven was the first of two people to die in Northern Ireland waters in the space of a few days.

PSNI officers were called to the River Strule, Co Tyrone at the weekend after a man drowned.

Officers attended the scene in the Douglas Road area of Newtownstewart at 5.20pm on Saturday following a report that two men were in difficulty.