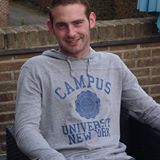 THE victim of a freak drowning tragedy off the Donegal coastline has been named as father-of-two Conor Cunningham.

The 24-year-old had been living with his family in Donegal for the past 20 years.

Details of the freak accident are still emerging.

However, it is understood the victim was swimming with a female friend at the time of the tragedy at Maghera beach in Ardara around 1pm.

The pair were in shallow water but may have entered a deeper hole and Conor got into trouble.

His companion managed to get him out of the water and tried to administer CPR.

Medical personnel and the Killybegs Coastguard arrived on the scene a short time later.

It is believed the emergency services had difficulty getting to the area and had to carry out some of the journey on foot.

The Rescue 118 helicopter from Sligo was dispatched to the scene and flew Conor to Letterkenny General Hospital.

However he was pronounced dead a short time later at the hospital.

The dead man’s companion was also taken to Letterkenny General but her injuries are not understood to be serious apart from shock.

His parents including two brothers traveled to the hospital to see him.