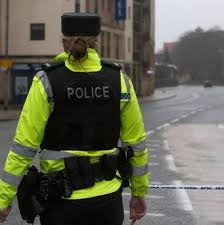 Police are treating an arson attack as a hate crime

THREE people escaped with their lives after an arson attack at a house in Co Antrim.

Detectives are treating the attack as a hate crime.

A wheelie bin was set on fire and placed against the rear door of the property at Pottinger Street, Culleybackey at around 4am on Sunday.

“The fire was quickly distinguished by one of the occupants,” said a PSNI spokesperson.

Detectives are appealing to three males, who were seen in the vicinity at around the time of the incident, to contact them on 0845 600 8000