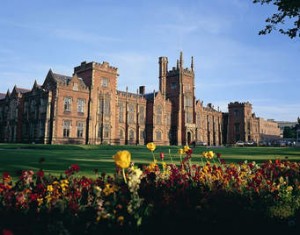 AN anti-cancer drug is as effective in treating a common cause of blindness as a more expensive specialist drug, according to a trial led by a Queen’s University scientist.

It found that the two treatments were equally effective.

The NHS could save £84.5m annually based on injecting 17,295 eyes each year with Avastin instead of Lucentis, according to those behind the study.

Wet AMD is a common cause of sight loss in older people with at least 23,000 older people diagnosed with the condition in the UK each year.

Without treatment two thirds of people with the condition experience severe loss of sight within two years of being diagnosed.

Lucentis is the drug most commonly used to treat it in the UK at present.

However, Avastin is already used to treat wet AMD in some parts of the UK and extensively elsewhere in the world and also for other eye conditions.

Over the past five years, a team of scientists and eye specialists from 23 hospitals and UK universities, including Queen’s, University of Bristol, University of Liverpool, University of Southampton and University of Oxford, investigated whether Lucentis and Avastin and the way they are given are equally effective and safe.

Six hundred and ten people with wet AMD entered a two-year trial known as IVAN which was one of the largest ever carried out in the field of eye disease in the UK.

The study’s two year results showed that sight was equally well preserved with either of the two drugs.