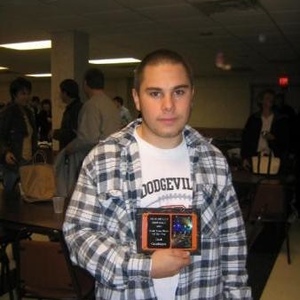 A STUDENT from the USA who travelled to Northern Ireland to visit a penpal woman held on dissident terror charges has been released from PSNI custody.

Zach Gevelinger was arrested on Saturday, July 6 in the car park of Hydebank Wood Young Offenders and Women’s Centre in south Belfast.

The 27-year-old, from Wisconsin, was visiting Christine Connor who he got to know through online social networking.

She is on remand charged with two counts of attempting to murder PSNI officers in the Ballysillan area of north Belfast on May 28.

Gevelinger flew from the USA to Dublin on Wednesday, July 3 before travelling to Northern Ireland.

Connor’s mother Briege, who was arrestd over the same attack and has been reported to the Public Prosecution Service, arranged a visitor’s pass to the jail.

It was just shortly after the visit that Gevelinger was arrested in the car park by detectives from the PSNI’s Serious Crime Branch.

He was taken to the Serious Crime Suite in Antrim for questioning.

While in custody, police searched a bedroom in Benedict’s Hotel in Belfast city centre.

Gevelinger had been held there for the past nine days.

Police had been granted a number of court extensions by Belfast Magistrates Court to keep him in custody.

On Monday night, the PSNI said a man in his 20s, who was arrested in the Belfast area in relation to dissident republican activity, has been released.

He was detained on Saturday 6 July by detectives from PSNI’s Serious Crime Branch.

On Monday, he was released pending a report to the Public Prosecution Service.


One Response to REVEALED: US DISSIDENT SUSPECT RELEASED BY PSNI