FIVE ARRESTED OVER RIOTING IN GLENGORMLEY 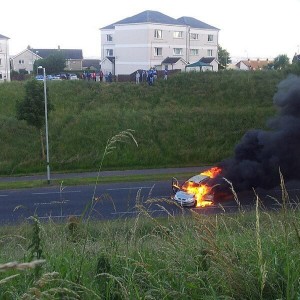 A car was set alight in the area, and stones and other missiles were thrown.

The males, aged 15 to 25, were detained on suspicion of riotous behaviour.

“All are in now in police custody,” a PSNI spokesman said.

Meanwhile, crowds also gathered at The Square in Ballyclare, blocking the road on Sunday evening.