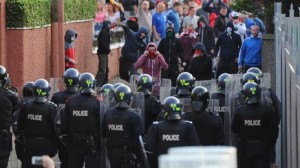 A SPECIAL court is sitting on Sunday evening as police bring riot accused to court over trouble on Twelth and 13th of July.

The PSNI say the courts will sit as long as is necessary as detectives investigate trouble in north and east Belfast.

Almost 40 officers have been injured during the violence which flared after Orangemen were blocked from making their homeward journey past the Ardoyne shop fronts on Friday.

Around 32 officers were injured on Friday, including a female officer from the UK who suffered a broken leg.

A further seven PSNI officers were injured after trouble flared in north Belfast during a second night of trouble . 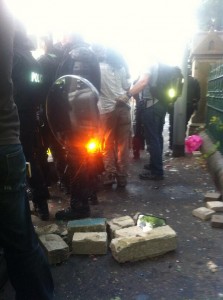