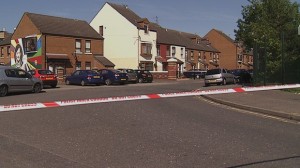 THE PSNI have described a suspect object found in the Markets district of south Belfast as “a hoax.”

Just after 6pm, the area was declared safe following an examination by Army Technical Officers.

The object was taken away for further forensic examinations.

Residents evacuated out of their houses were allowed back to their homes shortly afterwards and the street later re-opened to traffic.