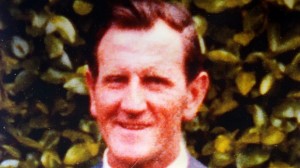 RUC officers failed to warn people in Derry about an IRA bomb plot which claimed the lives of three people 25 years ago.

That’s the conclusion of a Police Ombudsman inquiry into the death which became known as the ‘Good Samaritan Bomb’.

The family of a man blown up by the IRA bomb has claimed they’re victims of lies and evasion by the police investigation into the atrocity.

Eugene Dalton, 54, died when the roof and three walls collapsed in a flat where he had gone to check on the whereabouts of a neighbour.

Mr Dalton and Mrs Sheila Lewis, 68, were killed at the scene while Gerard Curran, 57, died seven months after being pulled from rubble of the property in the Creggan area of the city in August 1988.

The Dalton family complained to the Ombudsman’s office about their concerns over the RUC investigation.

A Ombudsman’s report published on Wednesday revealed a flawed investigation by detectives involved in the hunt for the IRA killers.

Mr Dalton’s daughter, Kay Devine, said: “We have accepted the findings after 25 years of lies, deception and evasion. We feel vindicated that we have been listened to but there is no sense of jubilation.

“These findings are long overdue. Our brother Jim died two years ago and we feel saddened that he did not live to see this report.

“It has been a long road but it is a road that we are starting to see some kind of ending with justice for our father,” she added.

Mr Dalton, a widower and father of six, Mrs Lewis, a widow, and Mr Curran went to the flat because they were concerned for their 32-year-old neighbour.

Mr Dalton climbed through a kitchen window, and was about to open the front door when the bomb went off. All three victims were Catholics.

Police Ombudsman Dr Michael Maguire said responsibility for the deaths rested with the people who planted the bomb.

However, he also claimed that police failed to protect the victims and the subsequent criminal investigation was inadequate and incomplete.

Dr Maguire said he found no evidence to support a suggestion that police failed to do anything in order to protect an informer.

Some senior police officers refused to assist the Ombudsman’s review. It is also understood republicans in Derry failed to co-operate as well.

Ms Devine added: “Responsibility lies with the people who planted the bomb, but the RUC are culpable as well.

“Today our focus is on our family’s case and we are just happy to know that we have been listened to.”

The Ombudsman’s investigation found that:

* the RUC inquiry was scaled down within a short period of time.

* there was also little or no communication with the families.

* a number of suspects were arrested, but no-one has ever been charged with the murders.

The IRA later apologised, admitting they left a booby trap inside a wellington boot in the flat hallway in a bid to kill members of an army search team.

Rosaleen Quigley, another daughter of Mr Dalton, said her family had been left devastated by his death.

She said: “The investigation at the time was swift at the beginning but towards the end it petered off and it was closed within less than a year after the bomb went off.

“Our family was completely devastated by our father’s death. We were still recovering from the death of our mother on 24 July that year and we lost our family home in the explosion.

“We just had to get on with our lives. We all feel vindicated.”

Their younger brother Martin Dalton, who was aged in his mid 20s at the time, narrowly escaped injury when the bomb exploded.

He was blown from his bed into the hall landing as the device ripped through his family’s maisonette.

In a statement, PSNI Deputy Chief Constable Judith Gillespie expressed sorrow for the loss of the three lives and said the police response would now be different.

She said: “For police officers, whose duty it is to protect life, there is a deep and sincere sorrow for the loss of the lives of Eugene Dalton, Sheila Lewis and Gerard Curran.

“To their friends and families, on behalf of the Police Service I am truly sorry for the loss of their loved ones.

“Policing has developed enormously over the last 25 years. PSNI have policies and procedures which guide the police response to information suggesting a threat to life.

“Today, the policing response to a threat to life would be very different.”

The Deputy Chief Constable also said she was disappointed that a number of retired officers had declined to co-operate with the Ombudsman’s office.


One Response to OMBUDSMAN: RUC FAILED TO WARN OVER IRA BOMB