A KEY prosecution witness in a criminal trial is under threat from dissident republicans, the High Court has been told.

A senior judge heard how three men showed up at his Co Tyrone home after the hearing got underway and warned him not to attend.

It was claimed that after he chased them from the house, one shouted: “Óglaigh na hÉireann, we know where your mother and sister lives.”

The trial, which cannot be described in detail for legal reasons, was subsequently stopped and a new date has still to be fixed.

Details emerged as bail was refused to one of the men accused of going to the home in Coalisland in January.

Patrick Larkin, 46, of Ladbrook Drive, north Belfast, faces a charge of intimidation of a witness.

Kate McKay, prosecuting, said two of the men pushed their way into the witness’s house after he tried to shut the door on them.

A phone was pulled from his wife as she tried to call the police.

“He was told twice ‘Don’t you go to court’,” Mrs McKay said.

Following the incident the couple have both withdrawn statements they made to police.

“They clearly have been through a very traumatic time since this,” Mrs McKay added.

She revealed that a threat message has also been supplied to the husband.

It stated that dissident republicans intend to carry out some form of unspecified action against him.

Mr Justice Weir was also told the trial may be switched to a different venue when it resumes due to jury concerns.

Defence counsel Sean Devine argued that the alleged intimidation involving his client was far from accomplished.

“It’s so amateurish that it almost could be described as a caper,” he said.

Bail was denied, however, due to the risk of further offences.

Mr Justice Weir pointed out: “The attempted intimidation of a witness strikes at the very heart of the administration of justice. It’s a very, very grave matter.”

In January, Larkin was one of four men arrested over the intimidation.

Wearing prison issue clothes, all four men signalled only to identify themselves and to acknowledge the charges before them.

Outlining the case, a PSNI Detective Constable told the court that it was related to a trial that began at Belfast’s Crown Court on Monday in which McGrann is also a defendant. 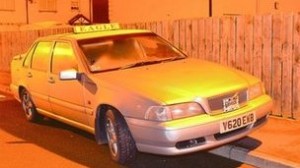 The officer said that on Tuesday, January 8, a witness in the case was at his home on the Moor Road in Coalisland when a knock came to the door.

Three men told him that they wanted to speak to him but when he told them to get out they warned “don’t go to court”.

A phone was then taken to prevent the man’s wife from alerting the police.

When the three men left the witness pursued them down the street, shouting to neighbours to phone the PSNI.

He continued to follow them as they approached an ‘Eagle’ Taxi but instead of getting into the waiting car, the trio walked on.

The witness continued to follow the men until they made off across fields, Strabane Magistrates Court heard.

Half an hour after the incident the taxi was again spotted before a local cab firm took a call from a man looking for a lift to Belfast.

Police were alerted and the man, identified as McGrann, arrested.

He immediately owned up, telling officers “It’s me you are looking for”.

The keys to the Eagle taxi were found in his pocket.

Several hours later police responded to another call to a local taxi firm from three men looking for a lift back to Belfast.

The three men were picked up, arrested and taken to Antrim Serious Crime Suite where all four were formally charged.

A bail application was made on behalf of McAtamney but was opposed by the PSNI on the grounds that further witnesses could be intimidated.

District Judge Liam McNally accepted the objections and remanded all four men in custody to appear by video link at Dungannon Court on January 16.

In the case of McGrann, bail granted for an earlier charge was revoked.

At the time of the incident, police appealed to anyone with any information about the movements of the silver Volvo taxi, fitted with an Eagle sign on its roof, between 6pm in Belfast on Tuesday January 8 and midnight in Coalisland, particularly in the Moor Road and Washingbay Road areas.

The silver Volvo S70 was believed to have travelled to Coalisland from the Belfast area. Its registration number is V620 EWB.