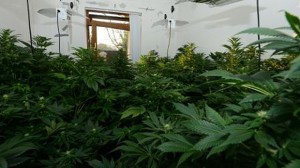 Police seize cannabis during searches in Co Down

THE PSNI has dealt a blow to drug dealers in Co Down.

Officers seized suspected cannabis valued at around £11,000 has been found during a series of police searches in Kilkeel.

Separate raids were carried out on Wednesday and Thursday.

Officers from the Tactical Crime Unit and Warrenpoint Neighbourhood Policing Team seized £7,500 worth of drugs during planned searches at two homes in Abbey Park.

A further £3,500 of suspected cannabis was discovered in an unrelated raid at a house in the Leestone Road area.