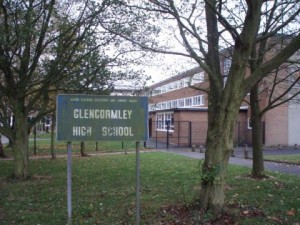 PARENTS have been warned not to allow their children to bring caffeine based energy drinks into school.

The warning was sounded by the principal of Glengormley High School in a letter sent to parents in the post on Monday morning.

Lex Hayes said there was increasing concern about the amount of caffeine based energy drinks being consumed before and during school by students.

“We are aware that students are attracted to drinking these products because they believe they will give them energy, wake them up, improve their sporting performance and maybe that they are advertised as being ‘cool’,” Mr Hayes says in his letter to parents of pupils attending the specialist ICT Academy.

“However, we would like to advise you that the levels of caffeine in these drinks is not good for young people and there is evidence that drinking them can affect their concentration.

“It has also been proven that these drinks are not suitable for children under 16 years of age.

“In school we need students to be calm and focused to be able to concentrate and learn effectively.

“The side-effects of these drinks, both because of the high levels of caffeine and sugar content, does change behaviour and will not help your child’s progress in school.

“We therefore ask for your support in not letting pupils bring these drinks into school and that you discuss with your child if they are buying and drinking these drinks before and during school what the implications are.

“The school policy in the classroom is that pupils can drink water to keep them hydrated and this is the best and healthiest option.”