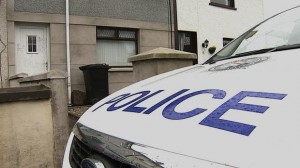 A 20-year-old man in hospital after he was viciously beaten with iron bars by two assailants at a house.

The assault took place at Drumahoe Terrace, Millbrook, in Larne shortly before 10.30pm on Saturday.

The unknown men burst into the property where they seriously assaulted the victim.

He sustained injuries to his head and a suspected broken arm and leg.

Paramedics took him to Antrim Area Hospital for treatment.

A woman who was in the house at the time escaped uninjured.

Detectives in Larne are appealing to anyone who witnessed the assault, or who was in the Millbrook area around the time of the incident, to contact them on 0845 600 8000.