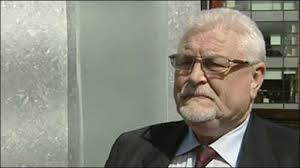 LORD Ken Maginnis of Drumglass has appeared in court on a road-rage incidcnt.

The peer, of Park Lane, Dungannon, County Tyrone, is accused of assaulting a man on  June 7, 2012.

The 75-year-old represented himself at Dungannon Magistrates Court.

He said he wanted the justice minister to give evidence in the case, adding the charge was based on “conspiracy and corruption”.

A hearing has been set for August 19.

Lord Maginnis said he will have legal representation for the hearing.

Addressing Deputy District Judge Nigel Broderick, Lord Maginnis said: “The evidence in this case is so contradictory. The whole thing is a tissue of lies.

“I believe there is conspiracy and corruption and I want the minister of justice before this court.

“He knows I am taking a judicial review against his colleague the DEL minister. This whole thing has been done to embarrass me.

“But at 75 years of age and having been in police uniform, a school principal and army major, I don’t intend to let some johnny-come-lately embarrass me”

A prosecution application was made for a witness who is aged under 18, to be permitted to give evidence by live-link.

“The young person in question gave a statement made concurrently with the victim. I think if someone is brass necked enough to give a tissue of lies I believe she should be here to face the lies,” he said.

Judge Broderick granted the application for the youth to give her evidence by live-link.