MAN FOUND UNCONSCIOUS IN WEST BELFAST FIGHTING FOR HIS LIFE 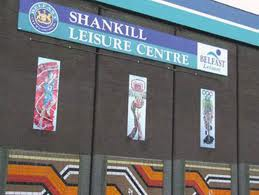 DETECTIVES have launched an investigation after a man was found unconscious on Sunday morning.

Belfast Daily understands that investigators believe Jimmy Owens was either hit by a car or suffered a serious assault.

The 34-year-old victim, from Crimea Street off the Shankill Road, is fighting for his life in hospital with his family keeping a beside vigil.

Sources said the victim is on a life support machine.

“Doctors have prepared the family for the worst in case Jimmy doesn’t make it through. If he doesn’t this could turn into a murder inquiry,” said a source on the Shankill.

“People are shocked by what has happened to him.”

The man was taken to hospital where he is in a serious condition.A PSNI spokesperson added: “The man has been indentified and his family are with him.”

Police are trying to establish how the man was injured.

“This is the last thing that anyone wants to see happening in their community.

“The thoughts and prayers of people on the Shankill are with him and his family as we hope and pray for a full recovery.”