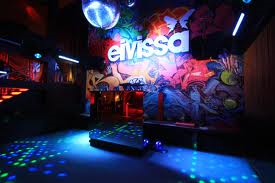 A BELFAST nightclub has been red flagged for encouraging excessive and irresponsible drinking.

Complaints were made about the use of super-soaker water pistols and so-called “beer bongs” to dispense alcohol directly into the mouths of revellers at Eivissa in the city centre.

The use of inappropriate sexual and offensive language to publicise promotions on the club’s social media pages was also reported to the Independent Complaints Panel, which oversees the Northern Ireland Responsible Promotion and Retail of Alcohol Code.

Panel chairman Duncan McCausland said: “Whilst we are not against licensed premises offering good value promotions to their customers, it is the responsibility of every licensee to ensure they do so in a way that does not encourage the irresponsible consumption of alcohol or offend common decency.

“This case also highlights the growing use of social media to promote business and alcohol promotions.

“Therefore, all licensees must ensure that a system of control is in place to monitor how their promotions are publicised across all their social media channels and to ensure that the Responsible Retailing Code is not being breached.”

A joint industry Code for the Responsible Promotion and Retail of Alcohol in Northern Ireland was introduced last year with the support of the Minister for Social Development, Nelson McCausland, to address the problem of binge drinking.

Industry insiders said they hoped compliance with the code would eventually become a condition of the granting or renewal of both liquor and entertainment licences across Northern Ireland.

Eivissa was found to have breached four counts including glamorising excessive alcohol consumption and dispensing alcohol in a way that cannot be regulated.

The complaints have been reported to the PSNI and Belfast City Council. Colin Neill, chief executive of Pubs of Ulster, which represents bars, restaurants and nightclubs across Northern Ireland, said irresponsible drinks promotions were not welcome.

“Irresponsible drinks promotions and practices have no place in our industry and as the representative body of the trade locally, we are committed to ensuring that our members comply with all aspects of the code.

“We hope that this decision serves as a reminder to all licensees that the code and its panel have a zero-tolerance approach to irresponsible practices,” he said.

However the panel said the club, which is owned by Premium Bars and Restaurants, had taken steps to address the issues brought to its attention.