WARD QUITS GLENS FOR THE BLUES 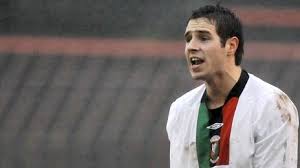 GLENTORAN have agreed a package deal with Linfield for the transfer of Sean Ward.

The 29 year old, who has spent over a decade at Glentoran and played almost 400 games for the club, informed the manager during last season that he wished to leave.

In a statement, the east Belfast club said: “As Eddie Patterson continues to try and build on last season’s success, it was felt that if someone was not fully committed to the club then they should not be part of his plans going forward and the Board agreed to listen to offers for Sean.”