REVEALED: THE PAEDOPHILE PASTOR JAILED FOR ABUSING GIRLS AS YOUNG AS SEVEN 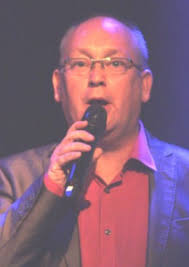 THIS is the one-time preacher man who has been caged for his perverted sins of the flesh against young girls.

Once, he was even caught naked coming out of his victim’s bedroom by the young girl’s father.

On Friday, the paedophile was sentenced to 11 months in jail at Belfast Crown Court.

The victims were aged seven, nine and 14 when the offences happened over three decades ago.

The gospel singer made contact with his victims’ families through a Newtownabbey church, before he began living at their homes.

As well as receiving a jail term, the 52-year-old has also been placed on the sex offenders register for 10 years.

The revelations about the abuse came to light in 1980 when Gardiner was in his late teens but police were not involved until last year.

The offences in two cases were persistent.

Two of the victims, the court heard on Friday morning, had suffered subsequent psychological trauma.

Gardiner looked into the ground as the judge read through the charges.

He was praised for admitting the offences and his clean record outside the charges, and his good references were taken into account – but Judge Gordon Kerr QC said custody was essential.

Judge Kerr QC told Gardiner on Friday his “historical sexual abuse” offences were aggravated by the fact there were three victims and that he had breached the trust placed in him when he had been a guest in their respective homes.

The judge added that had he not pleaded guilty Gardiner would have been jailed for two years and nine months.

He also took into account the fact that there had been no repeat offending in the intervening period.

Gardiner has in the past made recordings with a number of top gospel singers and has also worked as a youth pastor.

An earlier court heard that the abuse had happened when Gardiner, who was in his late teens at the time, was staying overnight at the houses of the victims, whom he knew through associations with a church in Newtownabbey, County Antrim.

The first girl was abused over the course of about a year from when she was around seven years old and had recounted that Gardiner would sneak into her bedroom at night and touch her inappropriately.

“She said that during the time he stayed these incidents happened on an almost nightly basis,” a prosecution lawyer said.

His second victim’s ordeal began when she was around nine years old and similarly to the first victim, Gardiner crept into her bedroom and touched her inappropriately.

This victim could remember one occasion when, in an effort to escape the abuse, she had slept in with her brother when Gardiner came to stay, but that he came in and “asked her why she was in that room” before then proceeding to abuse her.

Gardiner used the same method on his third victim the court heard, sneaking into her bedroom where he touched her inappropriately.

The prosecution said that when the first two victims were talking to each other, they learned of the other’s ordeal, and when they told their parents, the father of the first victim told her to “shout out” the next time it happened.

“Indeed the next time he went to her room and touched her she did shout out and Mr Gardiner was caught coming out of the room naked, trying to pull his underpants up and was confronted by her father who told him to leave the house,” said the prosecution.

Although Gardiner admitted the abuse at the time, the police were not involved until May last year when, during police questioning, his solicitor read a prepared statement admitting the abuse for a second time.

Although the defence had urged the judge not to jail Gardiner, Judge Kerr said that given the ages of his victims and the breach of trust element, “this case requires an immediate custodial sentence”.