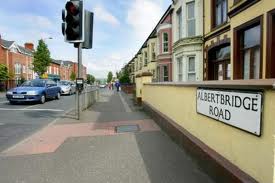 DETECTIVES are questioning three males and a juvenile over a serious assault on two men in east Belfast.

They were arrested after a gang of around seven men reportedly attacked the pair at 11.55am at the junction of Albertbridge Road and Lord Street on Friday.

The attack is not being treated as sectarian.

The men, aged 20 and 21, have been taken to hospital for treatment injuries which are not believed to be life-threatening.

A knife has been recovered and undergoing forensic examination.

They are currently assisting police with their inquiries.

Detectives at Musgrave Street CID have appealed for anyone who witnessed the incident to contact them on 0845 600 8000.