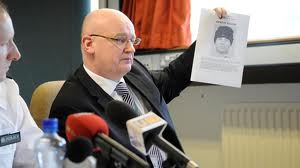 DETECTIVES are investigating after a woman suffered head injuries during a car hijacking in Belfast.

The brutal attack happened in the Hillman Street area of north Belfast on Thursday morning.

At around 9.30am the victim was approached by two men who assaulted her before making off in silver BMW car towards the Limestone Road area.

PSNI Detective Chief Inspector Alan Little said the woman suffered “a wound to her head and is currently being treated at a local hospital”.

Her injuries are not thought to be serious.

The victim’s car has since been recovered in the Mount Vernon area of north Belfast.

Detectives are appealing for anyone with information about the assault and hijacking to contact detectives at Antrim Road CID on 0845 600 8000.


2 Responses to WOMAN INJURED AFTER CAR HIJACKED IN BELFAST