ALLIANCE FURY AS SDLP BACK DUP FOR DEPUTY MAYOR IN CASTLEREAGH 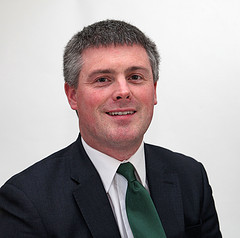 THE Alliance Party has hit out after SDLP members on Castlereagh Borough Council refused to back it for the position of deputy mayor.

Instead, the SDLP voted in favour of DUP councillor Ann Marie Beattie for the position who served as borough mayor several years ago.

Later in the meeting the SDLP’s Brian Hanvey was nominated to the position of Chair of the Golf Club Board.

The post carries a special responsibility allowance of over £2,000 per annum.

Furious Alliance councillor Michael Long said: “I am shocked that the SDLP voted with the DUP and UUP to exclude Alliance from the position of Deputy Mayor.

“This is especially so when the Unionist parties had just elected another Unionist Mayor.

“It ignores the fact that under any system of proportionality, Alliance as the second largest party with six Councillors, should have been entitled to the top civic posts during this term.

“I was particularly surprised when they voted to elect a DUP member who has already served as Mayor during her eight years on the Council and ignored Sara Duncan who has served for 16 years and never held any top position.

“During other votes on the day we were perplexed as to why the SDLP also failed to back Alliance nominees on several other occasions before Jimmy Spratt then proposed an SDLP member for a Committee Chairmanship which carries with it a significant financial benefit.

“For years we have had to battle the Unionists on the Council to introduce equality for all in Castlereagh. 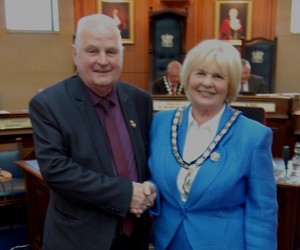 “But we really did not think that the SDLP would join them in opposing that.

“It is clear that only Alliance is interested in developing a truly shared future in Castlereagh and we will continue to highlight the pathetic track record that the DUP have in not allocating positions on the basis of electoral mandates.

“We would call on the SDLP centrally to ask their Councillors in Castlereagh to actually deliver on their rhetoric of equality.”