DETECTIVES have launched an investigation after a child was injured by a petrol bomb in east Belfast.

The attack has led to appeals for calm as tensions mount in the Short Strand interface area.

The PSNI say the incident happened while a group of children were playing in Bryson Street on Tuesday afternoon.

According to police, the ignited petrol bomb is believed to have been thrown into the road from over the interface.

“This happened in broad daylight, in the middle of a sunny afternoon, when kids are coming home from school and out playing in the street.

“There’s no doubt that this could have been very, very serious.

“I would make a very strong call to community leaders, to political leaders, as we head into the summer months.

“We all have a responsibility – as do the PSNI – to ensure that we don’t have a bad summer, that we are able to have a peaceful summer for everyone.”

A 15-year-old boy was arrested for arson and has since been released pending further enquiries. 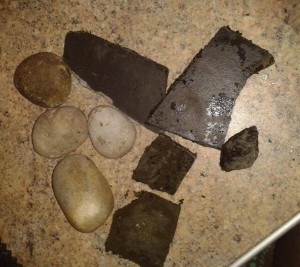 Loyalist community workers in the area are working to keep young people away from interface areas and getting into trouble.

On Sunday night, trouble flared in the area after a teenager lobbed a petrol bomb into Cluan Place.

Fireworks, bottles and other missiles were also thrown during disturbances in east Belfast.

Police said no injuries had been reported during the trouble.

A 39-year-old man was also arrested on suspicion of disorderly behaviour and provocative conduct.