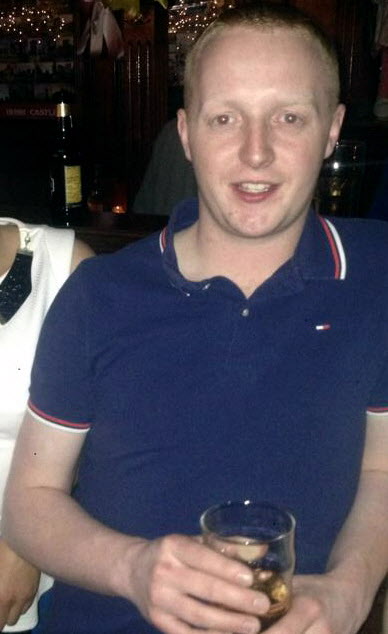 No dignity even in death. Body of hit-run vic Kevin Bell, a 26yo Irish immigrant here to work for summer who was fatally struck by hit-run driver on treacherous stretch of Bx. highway early today, is loaded into city Medical Examiner’s van that’s full of trash. Workers had to shove over the clear plastic garbage bags full of bottles to make way for his corpse. We have calls out to ME’s Office as to why trash was in van. Bell died near the Tombstone Saloon and Woodlawn Cemetery. Appears to have been passed out drunk on road known for its speeding cars.