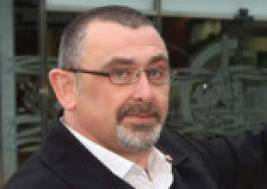 THE DUP is to investigate one of its councillors after he drank an alcopop during a committee meeting to quench his thirst.

Newtownabbey councillor Robert Hill cracked open a chilled bottle of Barcardi Breezer from the fridge during a sitting of the council’s environment committee on Monday night.

Mr Hill told the Newtownabbey Times he had taken a “sip” of the drink as he had already drank water and “wanted something different” because of the heat in the building..

He told the Newtownabbey Times: “Sure there is more alcohol in a wine gum or a brandy ball.”

However, a party spokesperson said they did not condone the councillor’s behaviour.

“The DUP demands the highest standards from all elected representatives,” they commented.

“Anyone representing the public must act in a professional manner at all times. When Councillors attend Council meetings they are in a place of work, acting on behalf of their constituents.

“They should behave in a manner in keeping with this.”