REVEALED: THE SHAMBLES OF THE NORTHERN TRUST 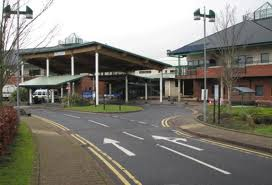 The Causeway Hospital in Coleraine not meeting its targets

A DAMNING report has found that the Northern Health Trust is in poor health.

And a review team parachuted into Northern Ireland to examine its performance says it is in need of intensive support to improve.

The report comes just weeks after its chief executive Sean Donaghy quit in the wake of the row over the Trust’s plans to close all its care homes putting elderly people out on the street.

He is to take up a post within Health and Social Care.

The Northern Trust has been under considerable pressure, mainly due to the poor performance of Antrim Area Hospital’s accident and emergency department.

The review team from England has made five recommendations.

These include giving more power to clinicians to lead change and the appointment of temporary managers. 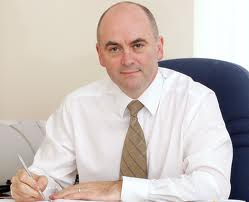 Sean Donaghy has stepped down as Northern Trust chief

These appointments have been made to oversee change beginning with Antrim Area Hospital, the Causeway Hospital, Coleraine and in community care.

The support team was appointed by the Health Minister, Edwin Poots, in December 2012, due to his concerns about the northern trust’s performance, particularly about the “lack of sufficient improvement in emergency department waiting times”.

For successive winters, the hospital has experienced excessive trolley waits, with regular breaches to both its four and 12-hour targets.