FOOTBALL NEWS: SHIELS OUT, WRIGHT BACK IN THE HOTSEAT 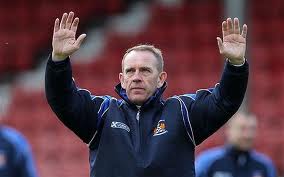 KENNY Shiels has quit Scottish Premier League side Kilmarnock by mutual consent, the club has confirmed on Tuesday.

And Tommy Wright has been installed as the new St Johnstone manager two years after he was sacked by lowly Lisburn Distillery.

Speculation had been rife about Shiels’s future with Rugby Park side Kilmarnock.

His his outspoken media comments landed him a four-match ban from Scottish FA, with two of the games suspended.

In a statement, the club thanked Shiels for his service, but cited his “difficult relationship” with the Scottish FA as being among the reasons for the decision.

“His tenure as manager was marked most notably by the club’s League Cup success in March 2012 and his place in the club’s history is thereby assured,” it added.

Shiels first took over as caretaker manager in March 2011 following the departure of Mixu Paatelainen.

He was then confirmed as permanent manager in June of that year.

Killie finished ninth in the league last season, missing out on a targeted top six place and suffering their poorest run of form at home since 1980-81.

He has previously managed clubs like Coleraine, Ballymena United, Larne and Carrick Rangers.

As Shiels looks for a new job, Tommy Wright was celebrating after getting the nod to take over at St Johnstone. 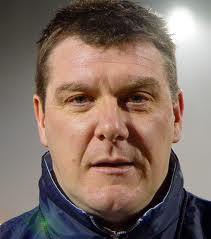 The 39-year-old was yesterday appointed as manager of Championship side Millwall after the Kenny Jackette left.

Millar said: “Tommy is the right man for the job. His appointment will bring continuity to what we did last season.

“He was a big part of the success we had last year being Steve’s assistant and bringing in Callum (Davidson) as his number two is a really good move as well.

“He knows all the boys and will bring a great deal of experience as well.

“He’s played at a really high level and it’s a really good appointment. All the boys in the dressing room are really happy with it I’m sure.

“We will miss the gaffer with him going south. He did a fantastic job, but it was a move he wanted with his family being down there and it was the right time for him.”

Lomas stepped down  from his post to take over at the New Den after leading St Johnstone to a European slot for the second successive season.

Millar believes that Wright has got the right credentials to continue the club’s impressive development.

“The guys who have been managing St Johnstone recently have all gone on to do well for themselves with Owen Coyle, Derek McInnes and now  Steve Lomas,” he said.

“I’m hoping that will continue with Tommy and we have more good times.” 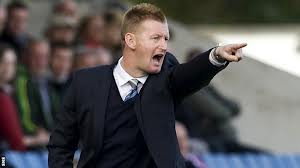 Wright started his coaching career as a goalkeeping specialist under Glenn Roeder at Norwich but made his move into management with Limavady United in his homeland in November 2003.

Spells in charge of Ballymena United and Lisburn Distillery – where he led the Whites to the Irish League Cup in 2011 – followed before he made the move to Scotland to work alongside his former international team-mate Lomas.

But Millar insists the two men are not carbon copies of one another, saying: “Tommy and Steve are different kinds of people. Steve had great passion and great drive.

“But Tommy had more to do with the organisational stuff and was very methodical.

“It will be funny seeing him as the gaffer, though. It’s the first time I’ve been in the situation where an assistant has been made boss. Our relationship might change, as he might want to distance himself a bit more from the players now.

“But he was always great to talk to. A couple of times  when I was coming up for contract talks he made time  for me to give me some good advice and I’m sure that will continue. I’m looking forward to working with him and Callum.”