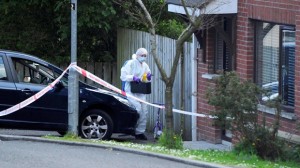 DISSIDENT republicans are believed to have been behind two shootings on Thursday evening in west Belfast.

It is understood a male accused of “anti-social” behaviour was shot in the leg in the Turf Lodge area.

There are also reports of a shooting in the Falls Park earlier on Thursday evening. A male was believed to have been the intended victim but escaped uninjured.

Earlier on Thursday morning, a number of men forced their way into a house in Avoca Close, Turf Lodge and fired a shot at a male.

The intended target cheated injury in the attack. This shooting has also been blamed on ONH.