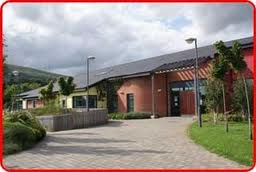 HEARTLESS thieves have targeted a north Belfast primary school and stole the flashings from its roof.

The attack has been condemned by local DUP Councillor Naomi Thompson who has appealed for information in helping the police to catch the crooks.

However, the thieves will find that their booty is worthless as scrap.

For the flashings they stole were a synthetic substitute.

The overnight theft was discovered on Tuesday morning, June 4 on the day pupils were arriving at school for their sports day.

The school, which has over 200 pupils, is located at Cairnmartin Road, off Ballygomartin Road, Belfast.

Said Councillor Thompson: “It is disgraceful that this valued local primary school has been targeted by thoughtless thieves who cared nothing for the consequences of their selfish crime.

“In the process of stealing the roof flashing they have damaged a significant number of roof tiles and also damaged a new shed purchased just last week.

“This is all very upsetting for everyone associated with the school: the staff, the parents, the Board of Governors and the school children.

“In due course these criminals will discover that the flashing removed was virtually worthless as, in common with most modern buildings, it is not lead-based but is a synthetic substitute.

“However repairing the damage they have left behind will cost a great deal.”

The councillor added thagt school principal Lorna Rankin said that if it had been raining that night or the next day there would have been devastating damage caused to a number of classrooms.

“By sheer good fortune it has been dry and the school has been saved from that additional harm,” said councillor Thompson.

The Belfast Education and Library Board must conduct a full review of security arrangements at the school, including the effectiveness of security cameras, to help prevent any similar incident in the future.

“I would appeal to anyone having any knowledge or suspicion of who was responsible for this theft and damage to pass that information on to the police without delay.”