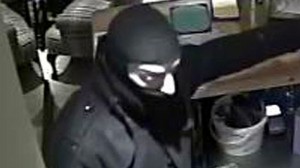 DETECTIVES are on the trail of this masked and armed robber who held up a restaurant in east Belfast at knife point.

The thief walked into the Upper Newtownards Road business just before on Tuesday, April 4 April just before 11pm.

Brandishing a large knife, he threatened staff who were uninjured but left badly shaken by the terrifying ordeal.

Strandtown PSNI detectives have released pictures of the robber, which show the man standing in the restaurant, his face mostly covered. 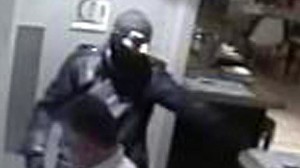